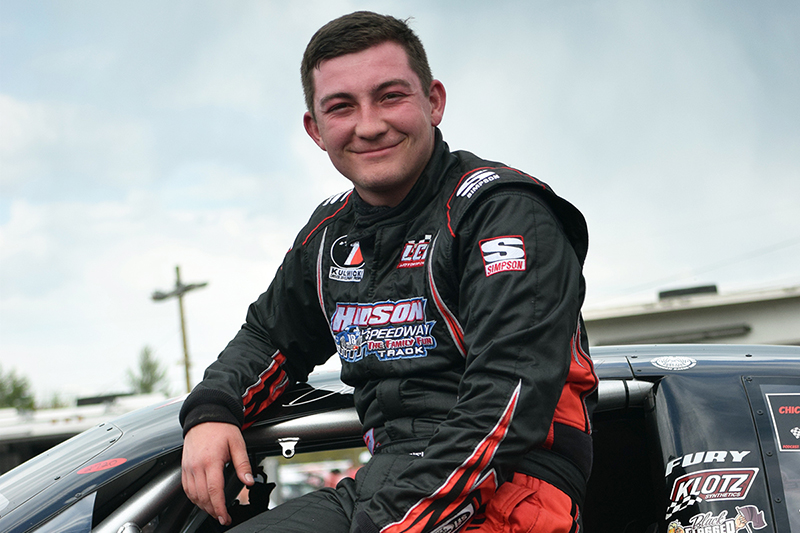 When the opportunity to make his NASCAR Camping World Truck Series debut arose, Derek Griffith had a very serious question for the team owner: “Do you think I’m ready for this?”

“You have a ton of laps on that track,” Griffith said Busch told him. “As long as you don’t do anything stupid, you’ll be okay.”

Given his brief, illustrious short-track career, it’s unlikely the 24-year-old Griffith will do anything but shine.

The driver of the No. 51 Hudson Speedway/JBL-sponsored KBM entry is the 2020 and ’21 champion of the World Series of Asphalt Stock Car Racing in Florida. He’s won on back-to-back days this year in PASS-sanctioned races at famed Hickory (N.C.) Motor Speedway, and he’s scored three top-five finishes in his first 10 ARCA starts.

“If he gets in the right equipment, I think he could definitely climb the motorsports ladder,” said his longtime short-track crew chief/mentor, Louie Mechalides. “He adapted right away to those ARCA cars … and the first time he was in it did great; drove it like a Super Late Model.”

His first start in a NASCAR national series show is a far cry from his debut as a teen at his hometown track, Hudson (N.H.) Speedway, in a $600 Volkswagen Golf GTI — a race that he won. A few short years later, he captured the Granite State Pro Stock Series title, and he’s since been victorious all along the Eastern Seaboard.

To prepare for the race at WWTR, Griffith spent two days in North Carolina last month getting time on a simulator. Now, the time has come to put his lessons, and his experience, to the test.

“I’m pumped. For me to be on a stage like this with what could be the best equipment in the truck series, I’ve got to prove that I belong on that stage,” Griffith said. “I watch those guys every week, and they race like animals because they’re really comfortable in their equipment. I’m going to have to man up, do what I’ve got to do, and finish where I’ve got to finish.”