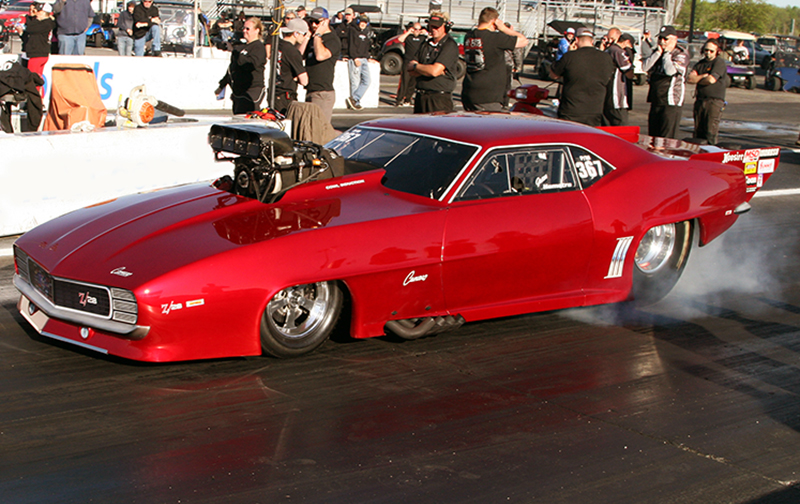 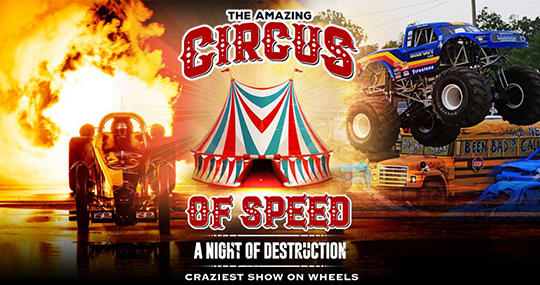 June 25, 2021, St. Louis Region – World Wide Technology Raceway, the home of NASCAR, INDYCAR and NHRA racing in the St. Louis-Metro East region, today announced a major schedule adjustment for the remainder of the 2021 season.  The American Drag Racing League (ADRL) event, originally scheduled for Friday, October 22 and Saturday, October 23, will not take place.  As a result, the Circus of Speed motorsports thrill show, originally scheduled for October 30, will take place one week earlier and will merge many of the classes originally slated for the ADRL event. The Circus of Speed will feature a full day of heads-up drag racing action that will conclude at approximately 5:30 p.m. The heads-up drag racing action will be followed by the Night of Destruction Full-Contact Drag Racing World Championship Event, starting at 6 p.m.  A complete list of classes, thrill acts and event details will be released in early July.

“Our goal for the Circus of Speed is to give fans everything they could ask for in a day of racing,” said Chris Blair, WWTR’s Executive Vice President and General Manager. “We’ll start the day with some of the most exciting and fastest drag racing cars in the world and conclude under the lights with a rolling demo derby of thrills on the entire quarter mile.”

The next scheduled Pro Mod drag racing event will be the Premier Street Car Association (PSCA) Heads-Up Hootenanny, as part of the Summer Speed Spectacular, on Friday, August 13 and Saturday, August 14. The Pro Mod portion of the event will pay a guaranteed cash purse of $10,000 to win. The event also will include the NHRA JEGS Super Quick Series and the Nostalgia Drag Racing League (NDRL). The top eight PSCA Pro Mod participants, and two alternates, from the August 14 event will be invited to participate in a special PSCA exhibition event coordinated by series founder Mel Roth at the NHRA Camping World Drag Racing Series Midwest Nationals on Friday, September 24 and Saturday, September 25.

“St. Louis is the center of the Pro Mod racing universe with a high concentration of teams, engine builders and chassis builders within a short drive of WWTR,” Blair added. “As we look to 2022 and beyond, we want to lay the groundwork for our local teams to participate in a variety of series and have a consistency in the quality of racing that have their best interests at heart.  We are going to work closely with the key stakeholders and fans in Pro Mod racing to continue growing the sport.”

Updated schedule information will be available on this website and at www.racepsca.com.