The one to watch: St. Louis’ Scott McClendon could be motorsports’ next big thing 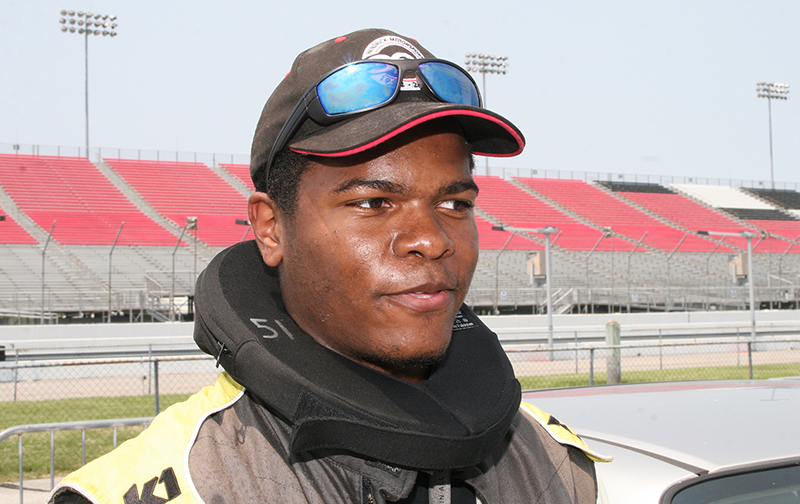 Scott McClendon Jr. will do anything to become a professional racecar driver.

Consider what he did to make a meeting with an official of a team in the IndyCar series at then-Gateway Motorsports Park (now World Wide Technology Raceway Park) last year.

After his car broke down, McClendon, an African-American who is originally from north St. Louis but now resides in Creve Coeur, decided he was going to walk from his home in north city to the track.

So he set out on foot across the Stan Musial Veterans Memorial Bridge. He got about halfway across when he was stopped by two St. Louis City police officers.

“They asked me where I was going,” recalled the 21-year-old McClendon. “I told them. Then they asked me if I had any weapons on me. I told them no. Then they said hop in. That was pretty cool.”

What the two officers did surprised McClendon. But they helped him get to that important meeting.

“I wasn’t going to miss it,” McClendon emphasized.

And McClendon hasn’t missed very much since.

Despite not having the financial resources as well as getting a late start in racing, McClendon is one of the top racers at the WWTR Kartplex.

While most of the kart drivers have been racing for a few years and have the financial backing, McClendon stepped in to the rental cars with very little money and experience and turned heads immediately.

“I was into racing but I didn’t really get into it until about seventh grade,” he said. “That’s when I started to watch NASCAR.”

He went to Ranken Technical School for two years to learn about high performance engines and took part in the Skip Barber Racing school. 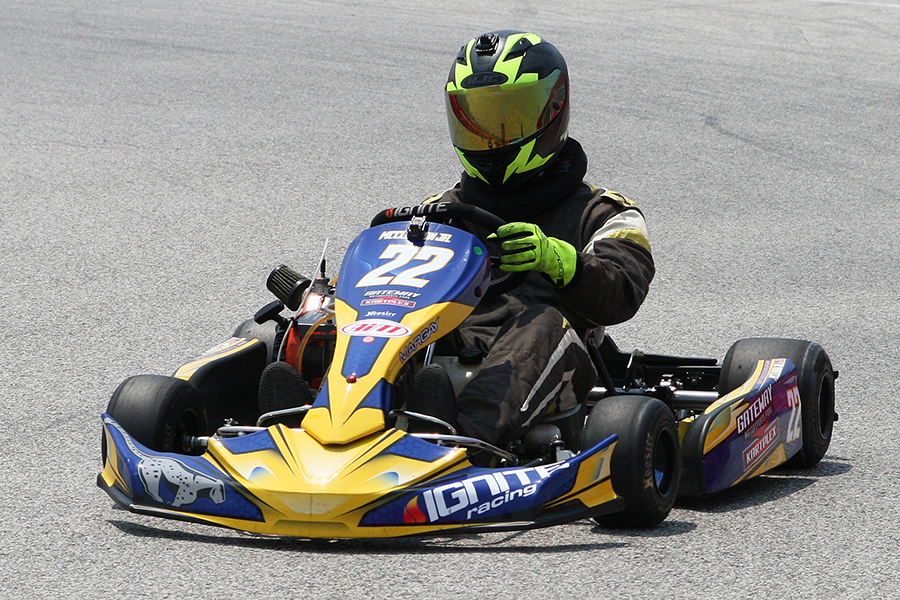 But McClendon was battling something much more important to him. His mother, Laurie Bolden, was sick with a lung disease and he had to help take care of his two younger brothers and two younger sisters.

Unfortunately for McClendon, Bolden died two years ago. While in the midst of her struggles, McClendon held a parttime job at a local grocery store, but lost that because he kept showing up late while taking care of his mother.

“That sort of slowed my progress,” he said. “I don’t regret it. I helped my siblings and I helped my mom when she needed it. It was rough.”

While McClendon still struggles without his mother, nobody would ever know. He’s quiet and unassuming when he’s away from the track. He has a fulltime job and has a dependable car to get him places.

But when he shows up at the Kartplex, he turns heads. He wheels his No. 22 Margay kart around the track like he owns it. 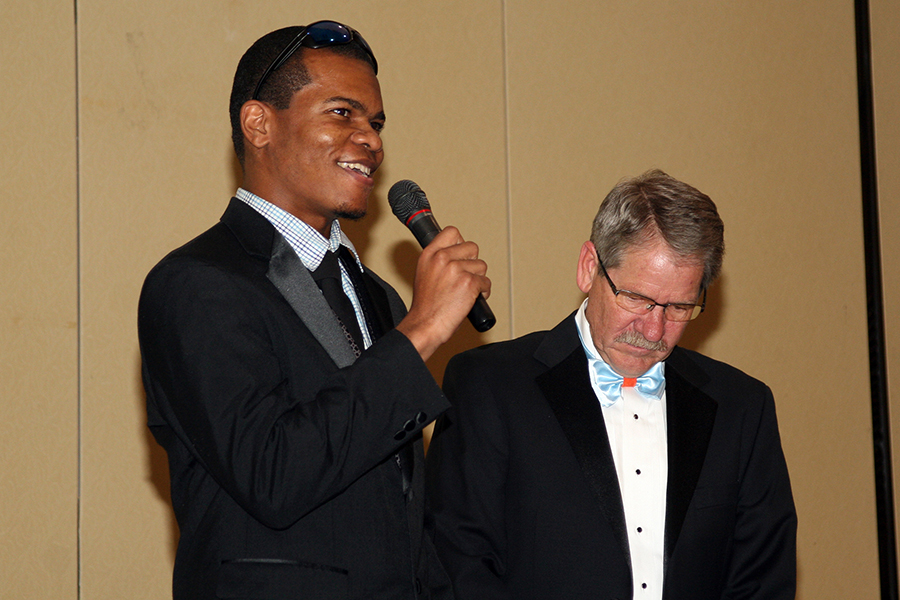 And to help McClendon pay for a place to keep the kart at the track, he was awarded the “Drive to Success Scholarship” earlier in the year.

The scholarship goes “to help someone in need,” said Keith Scharf, manager of the Kartplex, “someone who probably wouldn’t get the opportunity to go racing. Scott participated all season in our rental karts and was a standout.”

The scholarship gives McClendon a chance to concentrate on racing as he tries to find the sponsorship. He has also caught the eye of WWTR owner Curtis Francois.

“It’s really amazing because it gives people who don’t have the funds, it gives them an opportunity to show that ‘hey I have the speed to do this.’”

Now, he’s hoping to catch the eye of somebody with money to help further his career.

In fact, between working the door at the Media Center on Saturday as WWTR prepares for its first two major races of the season on the 1.25-mile oval _ the NASCAR Gander Outdoors Truck Series (CarShield 200 presented by CK Power) and the ARCA Menards Series (Day-to-Day Coffee 150), McClendon hopes to walk the garage area and along pit road asking questions and trying to learn as much as possible.

He’s also hoping to find that person with connections to a company who will shell out the needed funds to allow McClendon to achieve his dream.

“Always keep that eye on what you need to do,” he said. 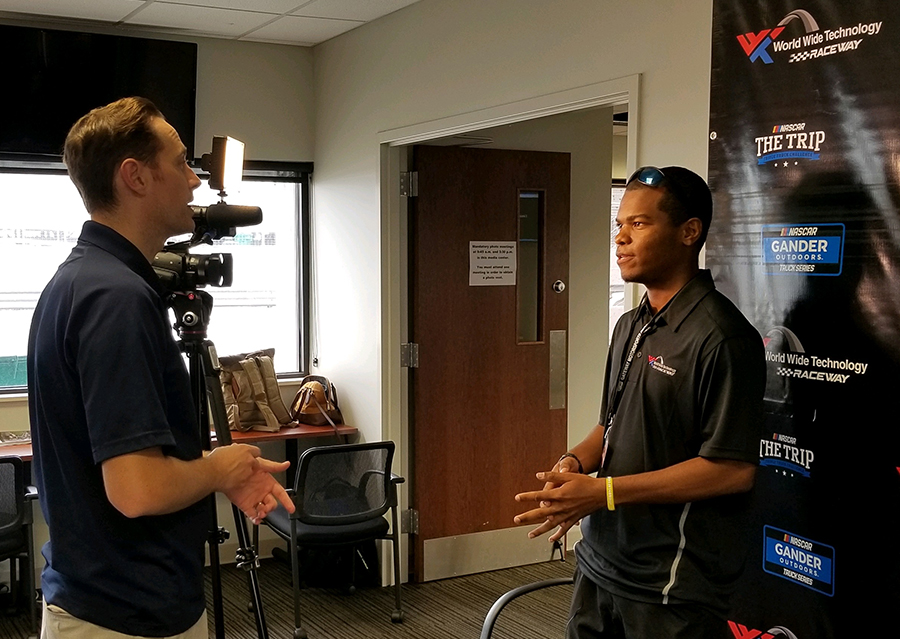