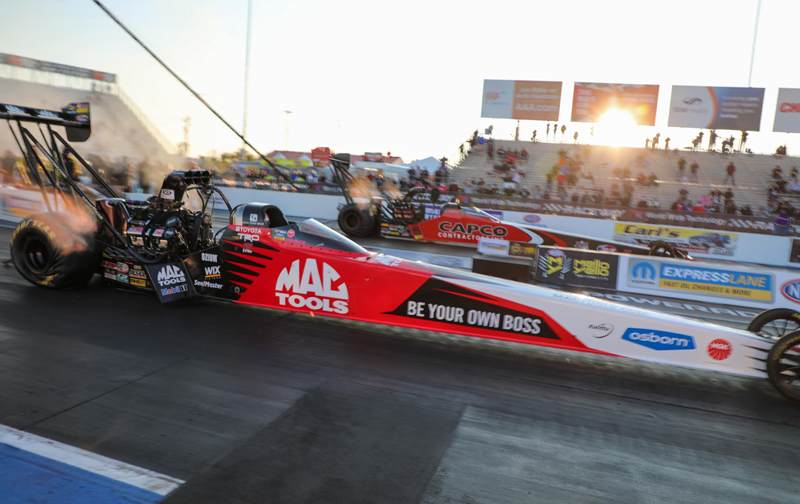 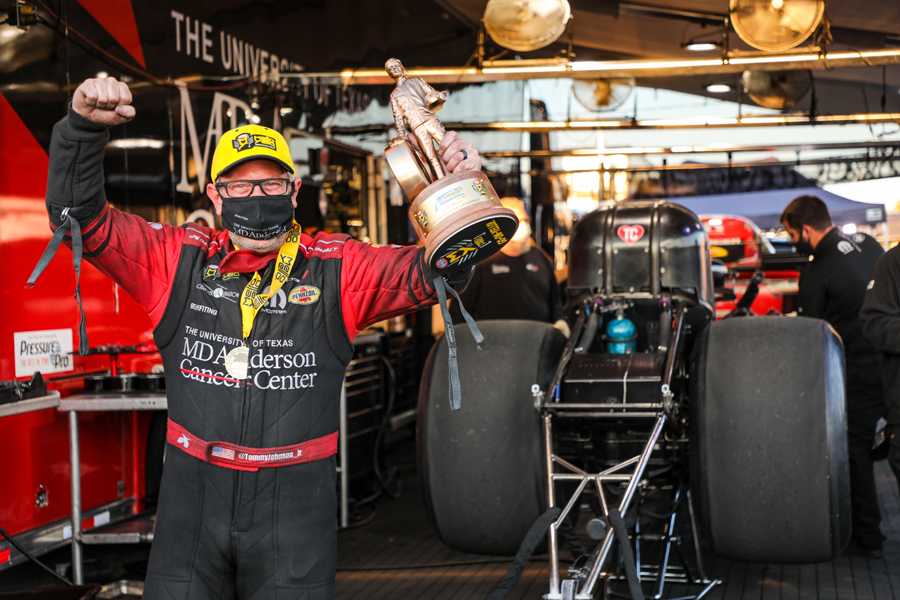 It took all Sunday to do it, but Doug Kalitta and Tommy Johnson Jr. survived the most bizarre day in World Wide Technology Raceway history as the duo won the Top Fuel and Funny Car categories respectively at the Mopar Express Lane NHRA Midwest Nationals presented by Pennzoil.

On a cold, crisp and windy day, Kalitta and Johnson were able to make a final stand.

“It was a crazy day out here,” Kalitta said after beating points leader Steve Torrence. “It was a crazy points day. I just can’t say enough for these guys.

Kalitta, who qualified fifth in his only run on Saturday, made it to the finals by beating Shawn Langdon, top qualifier Tony Schumacher and TJ Zizzo on Sunday, while No. 6 qualifier Torrence took down Kurt Wetzel, Antron Brown and Steve’s dad Billy.

In the Funny Car final, Johnson took down teammate Matt Hagan when Johnson had a better reaction time at the starting line and was able to eventually beat Hagan at the finish.

Johnson has always wanted to win here because his dad Tommy Johnson Sr. won his only national event here in 1976.

Beating Hagan allowed Johnson to close in on the leader with three races remaining. Hagan leads with 659 followed by Jack Beckman at 643 and Johnson has 625. All three are drivers for Don Schumacher Racing. The fourth driver in the stable, Ron Capps, is fourth in the points with 527.

“It’s been a weird year, but it’s been a great year for our team,” said the 52-year-old Johnson. “Winning makes you young and I’m ready to go.”

While the weather conditions didn’t affect the nitro cars because they have enough downforce, it did play a big part in the Pro Stock car and Pro Stock Motorcycle divisions.

Deteriorating track conditions due to wind and cold temperatures late in the day forced postponement during the quarterfinals of the Pro Stock division.

Matt Hartford and Greg Anderson had both won their matchups — Hartford defeated Alex Laughlin and Anderson took down Jeg Coughlin. NHRA officials then made the decision to complete the program at the next stop, in Dallas, Oct. 16-18.

Jason Line and Aaron Stanfield and Erica Enders and Chris McGaha are the remaining drivers that still have to make quarter-final passes.

In Pro Stock Motorcycle, Matt Smith and Steve Johnson will square off in one semi-final, while Scottie Pollacheck faces Andrew Hines in the other.

In fact, some of the Sportsman classes that didn’t finish on Sunday, will get to compete on Monday.

In the High School final, Amanda Miller of O’Fallon, Illinois, defeated Sam Stewart of Washington, Missouri. Miller, who was also the WWTR 2020 High School champion, went 14.361 seconds at 93.17 miles per hour to beat Stewart when Stewart jumped the start by .003 seconds. 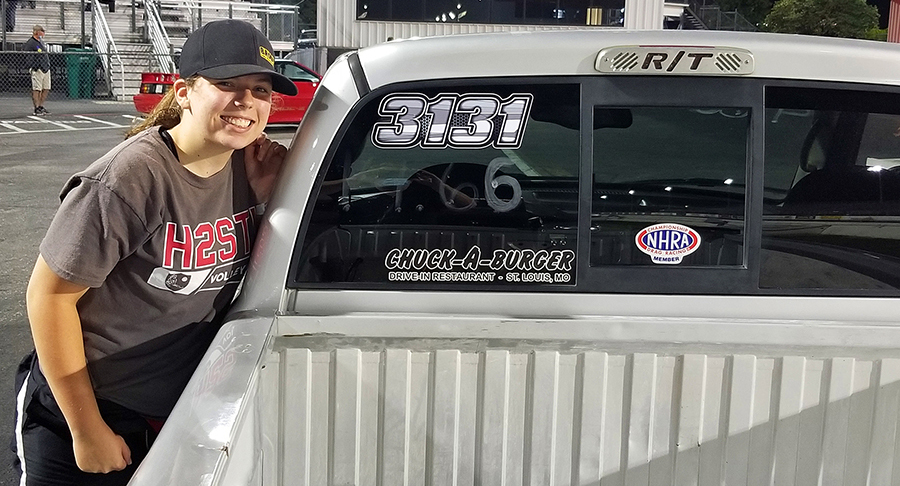 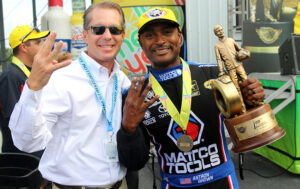 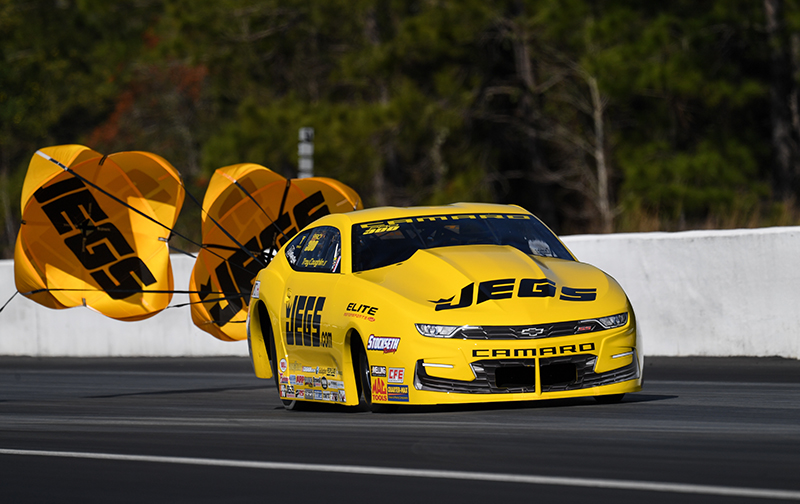