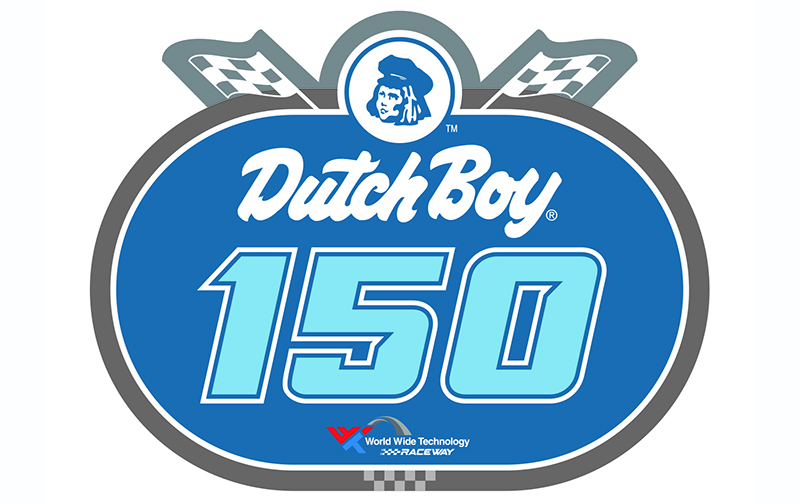 “Auto racing is part of the fabric of America, and so is the Dutch Boy brand,” said Michelle Bangs, brand manager for Dutch Boy Paints. “It’s fitting that we come together for the ARCA Menards Series Dutch Boy 150. We’re proud to support ARCA and our exclusive retail partner, Menards, to bring this race to the fans.”

The Dutch Boy 150, originally scheduled for August 2, will be race No. 13 of the 20-race ARCA Menards Series schedule. In addition, the event will mark the seventh round of the Sioux Chief Showdown, ARCA’s short-track super series that brings drivers and teams from the ARCA Menards Series East and West together with AMS series regulars in a 10-race series-within-a-series.

Menards stores in the St. Louis area will offer race fans the opportunity to Save Big Money by purchasing advance, discounted tickets to the Dutch Boy 150. Tickets at participating Menards locations are just $25, a savings of $35 from the walk-up ticket price.

“We are excited to partner with the Dutch Boy brand to bring the ARCA Menards Series to the greater St. Louis market,” said Jeff Abbott, promotions manager and spokesperson for Menards. “St. Louis is a growing market for Menards, and we know there are a lot of race fans in the area. Combined with the IndyCar Series and the NASCAR Gander Outdoors & RV Truck Series, it’s going to be one of the biggest racing events of the season in the Midwest, and there will be a lot of Menards flavor to every one of the four races over the course of the two days.”

“We’re motivated to bring the ARCA Menards Series back to St. Louis, and to showcase the series to the great race fans in the area,” said Bob Sargent, president of Track Enterprises. “St. Louis is a great sports town and, more importantly, a great racing town. It’s a great fit for the ARCA Menards Series cars, and we look forward to another great race and being a part of the Sioux Chief Showdown.” 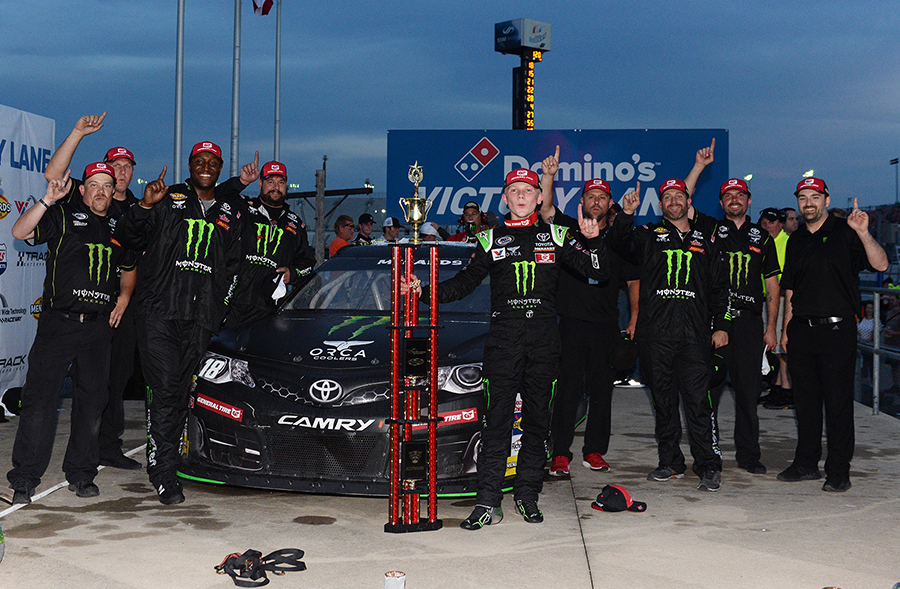 ARCA Menards Series at a Glance

The ARCA Menards Series entered 2020 on the precipice of a new era: The merger of three of the longest running stock car touring series in America.

The stock car sanctioning body, based in Toledo, Ohio, was founded in 1953 by John and Mildred Marcum and was acquired by NASCAR in April of 2018. ARCA has been the launchpad to success for dozens of drivers over the years, including NASCAR Hall of Fame inductees Benny Parsons and Davey Allison to current Cup Series stars Ty Dillon, Chris Buescher, and Ryan Newman to name a few.

The ARCA Menards Series sanctions races all across the country, from Daytona International Speedway and Talladega Superspeedway, to short tracks such as Indiana’s Salem Speedway and Ohio’s Toledo Speedway.

Beginning in 2020, the ARCA Menards Series also included the two regional tours formerly under the umbrella of the NASCAR K&N Pro Series.

The K&N Pro Series West traces its history to the formation of the Pacific Coast Late Model Series in 1954, while the East dated back to its founding as the NASCAR Busch North Series in 1987.

That history stays in place, although under a new name: the ARCA Menards Series East and West.

The three tours now share a common platform. The unified rulebook allows for teams with chassis and engines previously eligible in their respective series to compete in any of the three. In addition, the series established fourth championship – the Sioux Chief Showdown – designed to bring the three series together.

The new competition framework is designed to preserve both series’ historic lineage and provide the opportunity for the next fleet of young drivers to go head-to-head with seasoned veterans.

The upcoming Dutch Boy 150 at World Wide Technology Raceway will be the thirteenth race of the 2020 season. Two-time 2020 race winner Michael Self leads the series standings by 15 points over Bret Holmes. Self won earlier in the season at Daytona, while Holmes earned his first career series win at Kansas in July.

ARCA Menards Series 2020 at a Glance

Founded in 1907, Dutch Boy® Paints continues to be an industry leader in delivering innovative and high-quality products and packaging solutions and is one of the most recognizable brands in the market over 100 years later. In recent years, a new vitality, youthfulness, and the promise of Simple Solutions have also shaped the brand. Heritage and trust have been brought to life with energy and empowerment, inspiring DIYers and paint enthusiasts for generations to come. For more information, visit dutchboy.com.

Menards home improvement stores are well known throughout the Midwest for a complete selection of high-quality, name brand merchandise and all the tools, materials and supplies for any job.  Menards offers full-service lumberyards, beautiful garden centers, name brand appliances, pet & wildlife products and even a line of convenience groceries to provide a one-stop shopping experience.  Whether just needing a light bulb, gallon of paint or household supplies, or building a deck, fence or new home, there is something for everyone at Menards whether a beginning do-it-yourselfer or more experienced contractor.

A family-owned and run company started in 1958; Menards currently operates 305 stores located in 14 Midwestern states.  Menards is known throughout the home improvement industry as the low-price leader; it’s no wonder their famous slogan – “SAVE BIG MONEY” – is so widely known and easy to remember.  Menards does things right – the company’s strength and success can be seen in the well-stocked and maintained stores, the lowest prices in town, and the way Guests are always treated like family.

The Automobile Racing Club of America (ARCA) is among the leading and most versatile auto racing sanctioning bodies in the country. Founded in 1953 by John and Mildred Marcum, the organization administers more than 100 events each year in multiple racing series, including the ARCA Racing Series presented by Menards, the ARCA/CRA Super Series and the ARCA Midwest Tour, plus weekly racing at Toledo and Flat Rock Speedways.