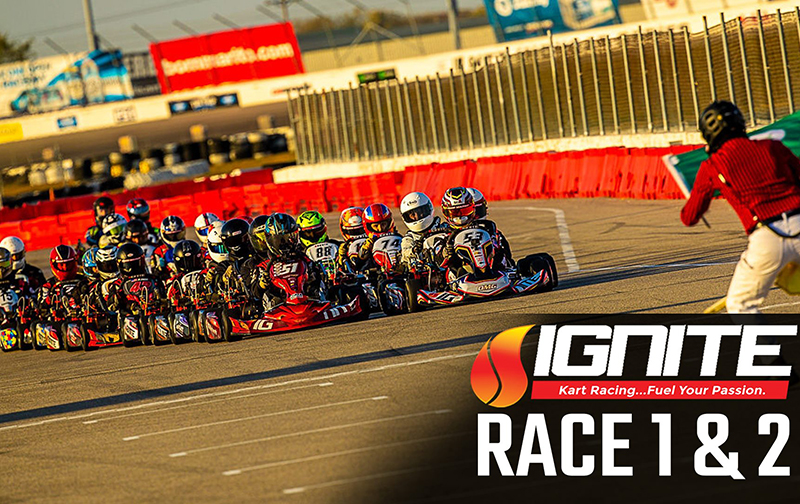 March 31, 2021, St. Louis Region – The Gateway Kartplex, located inside World Wide Technology Raceway in Madison, Illinois, will open its 2021 season of Ignite Series racing on Saturday morning with a doubleheader. Gates for the first two races of the season will open at 7:30 a.m. with racing at 9:30 a.m. The 11-race series will run throughout the summer and concludes October 16.

The challenging half-mile road course, located in the infield of WWTR’s 1.25-mile oval, has a reputation for launching the careers of aspiring young driving talent.

Now in its eighth year of operation, the Gateway Kartplex was the first karting facility in the United States to host the Ignite Series. The Gateway Kartplex and its race programs have served as a launch pad for local talent. Most recently, Spike Kohlbecker, of Kirkwood, Missouri, and Evan Stamer of Glen Carbon, Illinois, announced their participation in the USF2000 Series, which is a stepping stone to the Indianapolis 500. Thanks to local business support, both will compete in the 2021 USF2000 Series for Ignite Autosport, driving cars fielded by Cape Motorsports of Brownsburg, Indiana. Drivers competing for Cape Motorsports have won nine of the last 10 USF2000 Series championships (and a total of 13 titles in its history). Ignite Autosport is an extension of Margay Racing’s Ignite Karting program at WWTR’s Gateway Kartplex, providing racers of all ages the opportunity to have fun, compete, and develop their driving skills in karting. 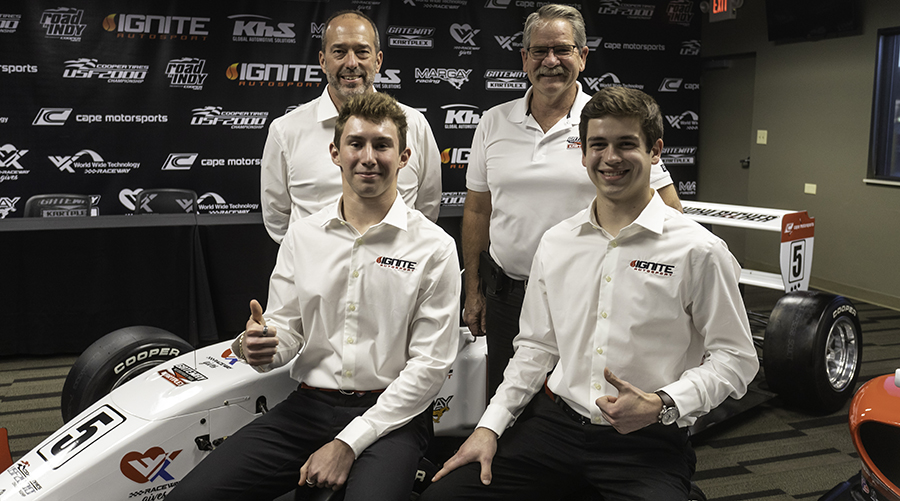 Stamer has earned six championships at the Gateway Kartplex and won the 2020 Battle of the Brickyard kart race at Indianapolis Motor Speedway.

Kohlbecker holds the track record at the Gateway Kartplex. He competed in the F4 U.S. Championship Series in 2020, scored wins at Barber Motorsports Park and Circuit of the Americas, and finished third in the final point standings.